So, there I was, up a scaffold tower, paint brush in hand. Thinking.

We had an extension built on the side of our house about twelve years ago, when both of our children were still at home. The third bedroom in the house really wasn’t suitable for a growing teenager and moving house wasn’t an option, so we had an additional bedroom built onto the house, above a garage. Unfortunately, the builder that we employed really wasn’t up to the task, so he had to be asked to leave before he had completed the job. This left the rendered rear elevation of the extension unpainted.

I am ashamed to say that for 12 years, this was one of the jobs that I was always “getting round to” and finally, over this Bank Holiday weekend, I got round to it. I hired a scaffold tower, bought the paint and the rollers and brushes and set to.

Once the slight feeling of vertigo was overcome – climbing up a tower that you have built yourself and which you know has “compromised” outriggers is an interesting experience – the job in hand wasn’t difficult. It does involve a lot of climbing up and down, bending and stretching etc but when actually at the coal-face, brush in hand, it’s not a difficult task. The Sandtex Cornish Cream Textured paint goes on easily enough, even if half a can does seem to end up on your clothes, or on the scaffold. But it does give you a bit of time to think.

12 years is quite a long time. The paint is “guaranteed” for 10 – 15 years, so it is likely that it will not need doing again for another 12. As I was there, I was thinking that it wouldn’t be me that was doing it next time, either because I wouldn’t be here at all, or because I’d be 65 and probably not that inclined to shimmy up a scaffold over a long weekend. Either way, it was a sobering thought and it just goes to show that it isn’t possible to keep thoughts about my “situation” in a box for very long. They have this nasty habit of opening the lid when you don’t expect it.

Me painting the back of the house really was a once-in-a-lifetime experience. I just hope that I am here to see someone else do it on my behalf next time.

Anyway, the back of the house now looks a lot tidier than it did this time last week and it’s one less “good job” on my list of “good jobs”, so that’s a good thing in and of itself. Next up? Fitting five thermostatic radiator valves before the autumn returns…

Having had to stop painting the back of the house due to the rain, I have been playing around with some shots from earlier this year. I have stumbled across a setting on my scanner that seems to deliver decent scans from Kodak Portra 160 colour print film.

Initially, I liked this in colour, but having played with it for half an hour this afternoon, I actually prefer it in black and white.

Maybe, if I were to buy a new camera (as I have been thinking about…) it should be a Monochrom. Maybe…

I was about to throw this film in the bin. I take so few photographs these days that it would appear that the developer that I had as stock was probably a bit on the “2013” side and therefore not up to the job. I should have made fresh – I know, I know…

Anyway, the negatives came out very thin. (Pan F+ in HC110(B) cut 50/50 with water and developed for 8 minutes, if anyone is interested and even knows what that means)

But, sometimes you get luckier than others. I am a very lucky man in so many ways and today is a lucky day.

I really like the idea of these two lovers, standing on the edge of a considerable cliff, holding hands, contemplating the future… 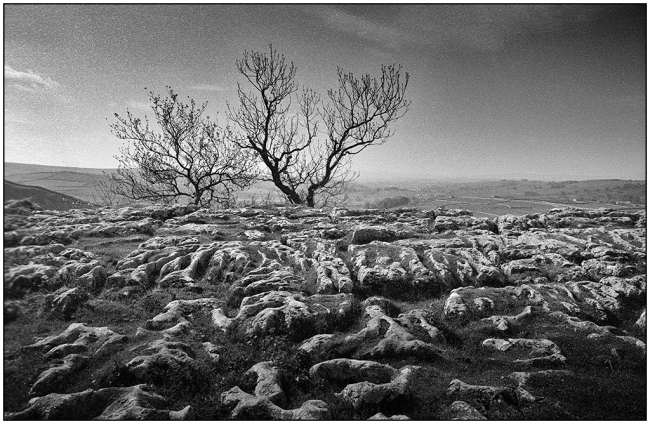 The two trees can be seen on this shot, taken from the bottom of the cliff. It’s a long way down. And up… 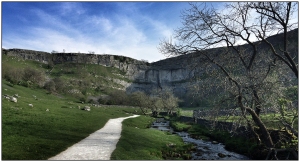 As expected, there was, apparently, “nothing wrong with the service” we received from BA back in March (it took 2 months to get a resolution from the CAA). Of course there was nothing wrong – I have gone to all this effort to bring this to the authorities’ attention because there is nothing wrong.

Here is the email that I received from them recently.

Further to my email of 14 April 2014, we are now in a position to respond to your concerns about your flight with British Airways (BA), having now received a response back from BA in relation to this flight and the seating allocation.   The matters you raise in points 1 and 2 of your letter, as I am sure you can appreciate, are customer service issues for BA to respond to separately.

Turning to your matter 3 and our response from BA, notwithstanding your concerns about your safety in terms of being ‘trapped’ in your seats by what you describe as a ‘severely disabled’ and ‘large’ lady, the crew on this particular flight were satisfied with the passenger’s ability to evacuate the aircraft, as required in accordance with BA’s Standard Operating Procedures. As such, whilst the Civil Aviation Authority (CAA) do appreciate that having persons with reduced mobility (PRM’s) on flights can have an impact on other passengers, it does not therefore believe the safety of this flight, or the passengers was compromised.

BA, along with all UK operators, takes their responsibility towards the carriage of persons with reduced mobility seriously.  Operators in general cannot discriminate towards those who are not fully mobile, but do have provisions based upon the individual’s ability to evacuate themselves from an aircraft, either aided by someone who is accompanying them or unaided if they are able to do so.

The CAA is therefore satisfied with BA’s response to this enquiry, but does understand your need to look into this matter.  I do apologise that is has taken longer than expected for us to be in a position to respond fully to your concerns on this occasion.

Now, I didn’t expect anything more than this, to be honest. A lesson learned.

On top of Malham Cove in the North Yorkshire National Park.

Get out of bed early (like 5am) and you can have the place to yourself for a hour. While the b&b-ers and campers are enjoying their bacon and fried bread, you can be alone in a magnificent place.

Just you, the crows, the wind and the tree on the edge.

I have taken two rolls of film this morning and it’s not yet 10 am. Unprecedented in recent months.

Maybe this is where my mojo has been all along. I think I might sit up here a bit longer.

Gateway to the north.. Well, maybe not.

More photos and a proper update later. I’m off to take photographs of a tree… 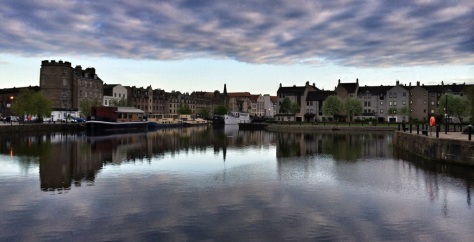