Just a photo of the hotel and its situation.

Is it any wonder that the phone reception is non-existent and the Internet comes via satellite?

Oh. The otter lives just near this little grassy knoll, if the evidence of the little piles of poo are anything to go by…

As far north as I have ever been. Ever.

Not a bad spot… 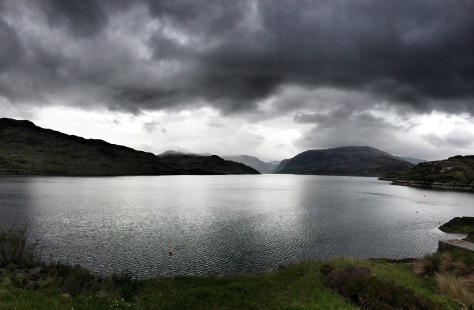 Not so keen on eating something that is looking at me, but these little fellas came from the loch above. So it seemed only fair…

I was a bit of a moaning Minnie about the weather up here earlier in the week. While others at home were enjoying lovely weather, but had to be at the office, we were suffering with single digit temperatures, high winds, low cloud and rain. Neither of which are fair really. While it’s nice to have decent weather, it’s nicer to have it when you can enjoy it.

So, apologies for moaning a bit.

However, when this is the main holiday of the year, you just have to put up and shut up. So I have.

And now, today, despite it still being cold and windy and rainy, just getting out and about can be rewarding. 9 miles of walking through the Cuillins and over headlands has given me these photographs. And sore Achilles’ tendons.

Disappointed with the weather, which is more like late October than mid-June, but have found a few photos. Here are the iPhone versions. I’m looking forward to seeing how the proper ones process when I get home. Bear in mind that these weren’t taken in the incessant drizzle that has been with us for hours on end and when the highest temperature of the day was 9C…

Oh well… We’ve been very lucky in Scotland in the past – this year is payback year. However, I reckon at least one of these will be a “print and hang” contender so the week hasn’t been a complete washout, from a photography perspective.

And thanks to all the people who have read my post about the LLR changing its name. Not quite “gone viral”, but certainly a lot of hits!

Sheep and The Old Man of Storr 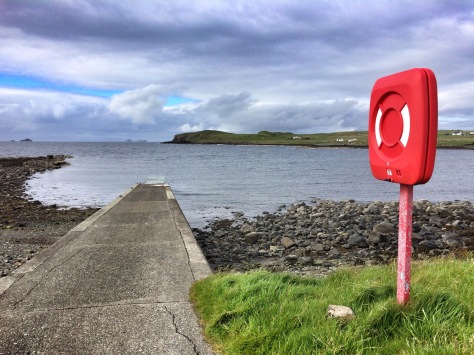 Having put the house on the market last August, we are slowly creeping towards actually getting close to maybe exchanging contracts. A move closer to the office may well be in the offing.

So, it has come to pass that the house is being cleared out. Boxes of “useful stuff” have been taken down the tip via at least a dozen trips. Boxes of old clothes have been taken to the charity shops. And boxes of old bank statements, credit card bills, expired insurance documents, student union cards and other detritus of life have to be dealt with. 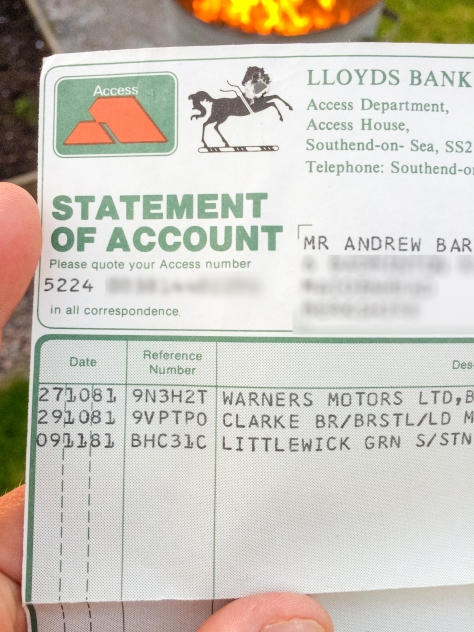 Also obviously all this should have been dealt with years ago. There really is no need to keep credit card statements for £20 of petrol from a generation and a half ago. But what to do with it? The shredder gives up the ghost beyond six sheets of paper and after about fifteen minutes, it needs a rest for half an hour. Then, what do you do with a bloody great bag of shredded paper? The tip won’t take it. The guinea pig will be left 3 feet down at the bottom of the garden if/when we move, so has no need for bedding any longer. So, bring on the garden incinerator…

Paper is actually difficult to burn, in quantity. Outer sheets burn, but a whole load of sheets will only char in the middle, even when the fire is burning fiercely at 451F, which is the temperature at which paper burns. It’s bloody hot. Hot enough to remove the galvanising from the incinerator. This means that paper has to be added gradually, or the fire stirred with a suitable long handled garden implement – wooden handles don’t take kindly to 451F by the way.

However, after an hour or so on Saturday evening, 34 years of life in papers had gone up in smoke.

Cathartic isn’t a sufficiently good word for it. It was extremely satisfying, but edifying seeing the ebb and flow state of the family finances over the years disappear. Mostly flow, let’s face it.

Even if the whole moving transaction goes TU before exchange and completion (definitely not getting excited about it yet), the house, and especially the loft, will never be the same again.

And that has to be a good thing.

I spent a very interesting couple of hours outside Tesco in Heswall on Saturday morning holding a bucket to collect money for Leukaemia and Lymphoma Research, a 50 year old charity that raises money for actual research into these horrible cancers. Lots of charities offer support, information and so on, but few actually raise money and have their own labs investigating and seeking cures.

In those two hours, I collected just over £156, which I thought was an excellent total given that there were two of us on shift. It was very interesting to see the sort of people who were donating money and chat to some of those who did.

Mostly, the donors were elderly, female and often with a story to tell of a loved one who had or has leukaemia or lymphoma. There were people in wheelchairs and young kids, desperate for a sticker. “Thanks Mum!”

Fewer were young or even middle aged men. It was noticeable that the most generous were those that appeared to have the least – a sign of the times, and an encouragement to try to do more to help.

However, this is the last time that these particular buckets will be aired. In their infinite wisdom, the great and the good of this charity have decided to change the name to “Bloodwise” in September. How incredibly stupid is this? “Bloodwise”? What does that mean?

At present, this is one of those charities that does exactly what it says on the collecting tin. “Bloodwise” means nothing.

Every time someone goes out collecting for “Bloodwise”, they will have to explain what the charity is for, what it does and who it helps. During this time, other donors will be missed. Not so with “LLR”.

“Bloodwise” could be collecting money for diabetes, sycle-cell disease, HIV, anaemia or any number of other blood-related disorders.

I have spoken to and Tweeted the charity, for whom I am a supporter and recent committee member. The general membership are up in arms about this ridiculous and expensive name change, but apparently the decision has been made, after two years of “widespread consultation”.

People have already resigned from the fund raising committee locally and I can see more joining them. They have been desperate to bring younger members to the committee (like me!) because many have been leaving from having served on it for decades. They are going to find it very hard indeed to recruit if the purpose and aims of the charity aren’t absolutely clear.

With “Bloodwise”, that most certainly is not the case.

Shame on the powers that be – it will be the patients and dedicated supporters who suffer, not them. I will keep a close eye on their accounts going forward, paying particular attention to the amount and proportion donated to actual research.

When is their AGM, I wonder?